I am writing a blog almost after two years of silence. There is a good reason for the silence as well as the breaking of it. My daughter kept me very busy – That answers the first part. The mosquitoes got back at me.. and not just me, Radhika (my wife) too. My last post was ironically about my fight against mosquitoes when I was trying to secure the home and the surroundings before I got Anushka (my daughter) back to our Bangalore home from the maike at Pune. So I had to write this and get back at the mosquitoes again. Let me begin with some drama –

On June 2nd, we were waiting for our Bangalore-Pune flight boarding to begin. I was in some sort of in-cohesive mental and physical state. Suddenly Radhika, who was until that moment running around Anushka, said – “Hey! we are at the wrong gate. What are you doing??” I turned around and saw, she was right! Run!! We were the last people to enter the flight. We were even lucky that they let us in. I still wonder where I got the energy from to run in that state. Earlier that day in the morning, the day started quite normally. We sent Anushka to her pre-school and started taking a peaceful morning walk. A little while later, Radhika went to shop some vegetables, I was preparing to go to office and suddenly I started feeling feverish. By the time Radhika was back, I was lying in two layers of blanket trying to feel normal. Immediately, she took me to the hospital. Columbia Asia is supposed to be a whatever * hospital and still they caused so much delay in just taking my blood while I was sitting (rather trying to sit) on the bench. Anyways, let me get back at them with all the *#& words included  in another blog. 2 hrs later I was diagnosed Dengue positive.

I was in a state of shock! Not just because it was Dengue, but because if there is a competition on paranoia about mosquitoes, I would be in the top 99.99 percentile range. Damn it, I even wrote a blog about it thinking I have mastered the art of keeping the pesky buzzers away. By evening I was having fever close to 104°F and paracetamol tablets weren’t really helping beyond an hour of relief. Radhika had started to feel unwell too. But it was not as bad as it was with me and so we ignored it assuming that it must be some minor viral fever and she just popped in a paracetamol. But since both were feeling unwell and there was Anushka to be taken care of, we decided to mitigate the risk and fly to Pune immediately. Thankfully my father-in-law is a doctor and runs his own nursing home in Pune with the home on the top floor and the nursing home in the lower floors.

Once we reached Pune, all was taken care of. I was immediately on saline and a cocktail of drugs was pushed into my veins within 1 hr of my arrival. Radhika was feeling all ok for the moment. A day later, her fever started to recur. But since I was the Jamai Raja and she wasn’t falling down like me, people brushed her complaints. Infact, she was taking care of me. Finally, on morning of 4th June, after repeated complaints, they tested her blood and she was turned out to be Dengue positive too. One hell of a Sati Savithiri. She decided to give me company even with Dengue. I hate the movie, but it was our little “The Notebook” moment. From that moment till 9th June, we slept together for the longest time ever!! I can’t remember much in between as it was just drugs and nightmares all through. And oh! yes, I remember the unbelievably bitter Papaya leaf extract too. Supposedly it helped, I reached a lowest platelet count of 75,000 which is considered very safe (but who knows if it really helped. Radhika drank Aloe Vera and she seemed to be doing even better). But there was one particular night I remember. My creativity suddenly spiked. I was thinking, blabbering and writing like never before (must be the tramadol doze, it works like Ganja). If the moment had lasted for 10 more hours, I would have probably solved all the unsolved problems in physics. But alas, I was juiced out after 30 mins. At that moment, I doubt started creeping in my mind that many of the products of genius such as Beethoven’s works, Mozart’s works or even my personal hero Feynman’s works are probably products of Hashish, Ganja, LSD or something like that. Can’t say for sure till we invent a time machine.

Although the fever had subsided, it took us a couple more days before we could start moving around. Even on 12th June, one floor felt like a major trek in the western ghats. The illness had left me feeling like I was part of some major gang war and I was flogged all over. I do not know if something could be worse, but Radhika supposedly felt even worse with major joint pains. She even almost fainted once due to low BP. Finally, we returned to Bangalore on the morning of 13th. The only good news was that Anushka did not get dengue and she spent time happy times with her maternal grandparents.

The battle was lost, but the war had to go on. I realized I can’t fight alone. Some of us in our apartment (mostly dengue veterans) got together and discussed. We started fumigation using citronella and neem oil on a larger scale around the apartments. Got a very good contact in Bangalore to source the same at reasonable prices – Falcon essential oils. For homes, one can put the oils directly in a mist sprayer and spray it around. A mix of 80% citronella with 10% neem and 10% eucalyptus is quite effective as well as pleasant to the senses. Note that the odor is quite strong, so don’t spray it like your car cleaner liquid. Also, it does not help much to spray it all over the house. The spray has to be mainly used near the entry points for mosquitoes such as front doors, windows without insect meshes etc. For common areas in apartments, a minimum of 1 litre per acre is recommended. Since one can’t spray so thin and even, mix 1 litre in 100 litres of water and use a regular fumigation equipment to fumigate the common areas. Spray the oils at about 4:00PM as dengue mosquitoes are day mosquitoes and become active well before the regular mosquitoes start their onslaught. There are some conveniently bottled sprays such as the ones below, but they are way more expensive as compared to procuring from some local essential oils dealer – 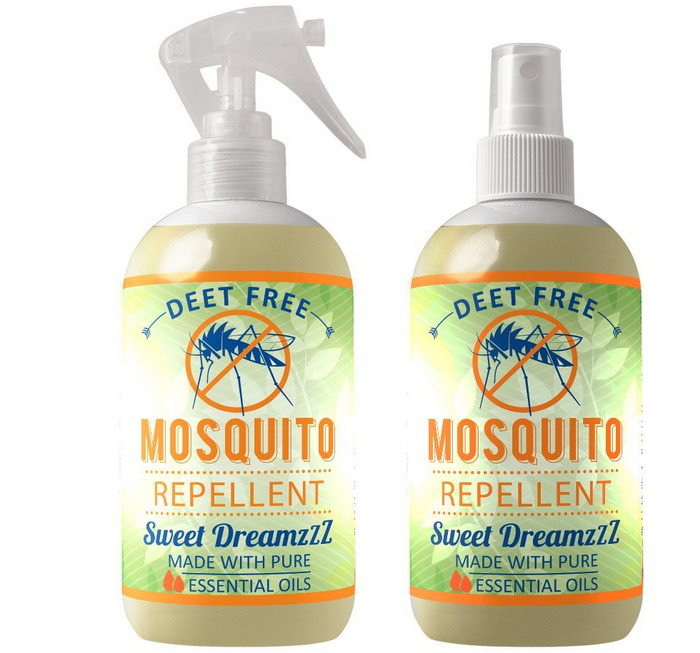 it says “naturals”, but it is not. As of now, 100% guarantee from mosquito bytes is provided only by a reasonably safe chemical called DEET and this cream contains the same. it’s safety on children is highly debated on the web. I wouldn’t take a chance given that it can cause neurological disorders. But it is certified by NIMA to be used even on babies. Natural solutions work, but only to some extent. For my daughter, I had to try various creams before finalizing on this one from Vitro – 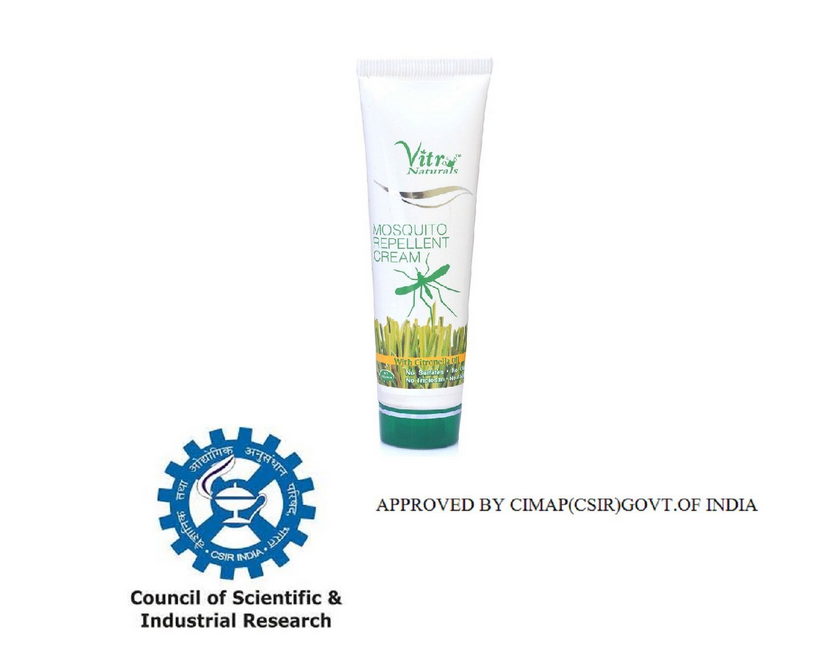 Also, you get various citronella patches such as these – 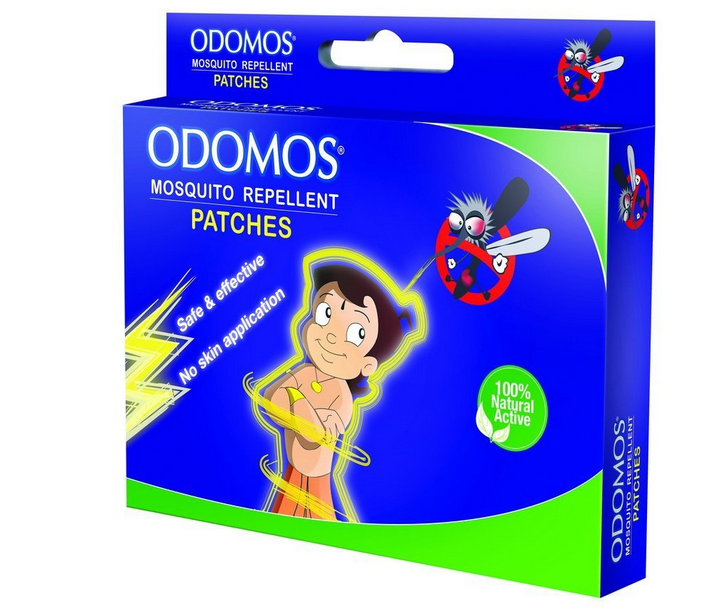 It is recommended to use two of them simultaneously. One on the leg and one on the shoulder for best effects. But as I mentioned before, none of these natural solutions are 100% percent effective against mosquito bites.

For completion sake, I want to mention again that insect nets on windows are a must in a city like Bangalore as mentioned in my previous post. There are very good vendors such as the ones below (I have tried both and got excellent service)

Pinchood – Specialize in magnetic nets around the windows. But french windows are not exactly their area of expertize.

Delmen – Good at handling French windows and front doors. Might be good at normal magnetic nets around windows too, but I have not tried.

Even after doing all of the above, it is better to flush mosquitoes by using regular mosquito coils for about 40 mins in the evening with all doors and windows closed. You can go around for a walk to avoid all the Allethrin breathing. Once you are back, open all the windows (with meshes of course) and feel free to breath again. To make it even better, some fragrance from a sandal dhoop from Cauvery can help.

Lastly, I wrote this blog hoping it will spread awareness on prevention of dengue. Note that all I have written about is the last line of defense. The ideal way is to prevent mosquito breeding itself by making sure there is not stagnant water and blah blah!. You will find that on NHP site. But unfortunately, sometimes you don’t exactly have control on what your neighbours are doing.